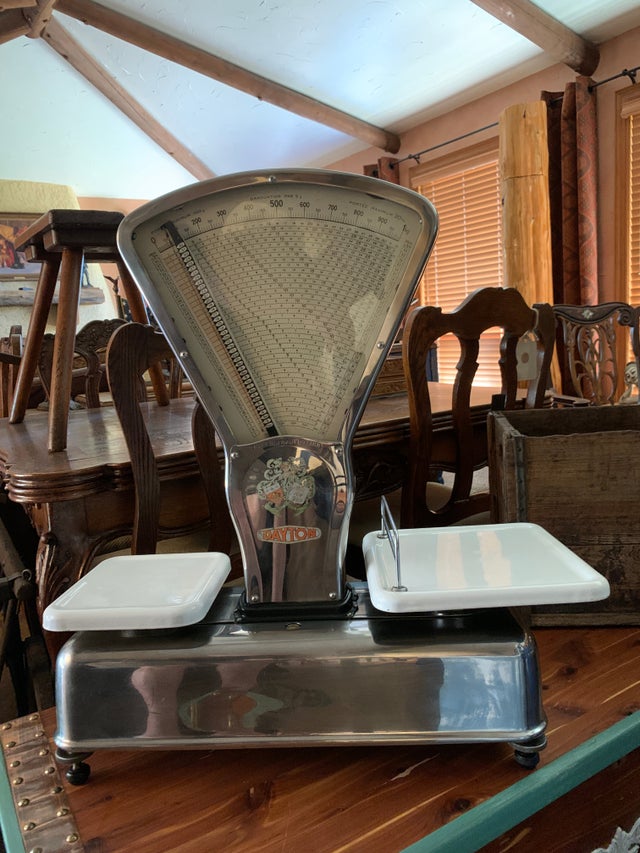 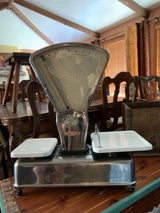 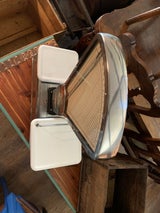 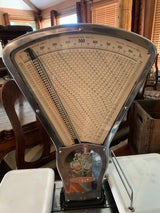 Antique Dayton Stainless Steel French Scale with a  SN#  24895, circa 1900.  The Dayton Scale was first known as The Computing Scale Company and they made their first computing scale in 1891. A computing scale is a weighing machine that indicates both weight and proper selling price for that weight. This scale served grocery stores and other retail markets.  The Dayton Scale division was sold to IBM in 1933 and a year later sold to Hobart Manufacturing Co in 1934 when IBM stopped marketing scales to retail stores. Although we could not find this specific model number and its history, we do know it was created and sold in France with its French Dayton Logo and writing inscriptions.  It weighs up to 20kg.   It is most similar to the Testut brand of weighing scale also sold in France.  This Dayton French Scale is in exceptional working condition.  The only repairs that were made to it was to replace the mirrored glass and a few missing screws in the rubber shroud.   It is a BEAUTY! This is a Rare find for a collector.  What an impressive item for a family owned deli, grocer, or even for a farmhouse décor setting.  This item is fully functional and in excellent condition for it’s age.