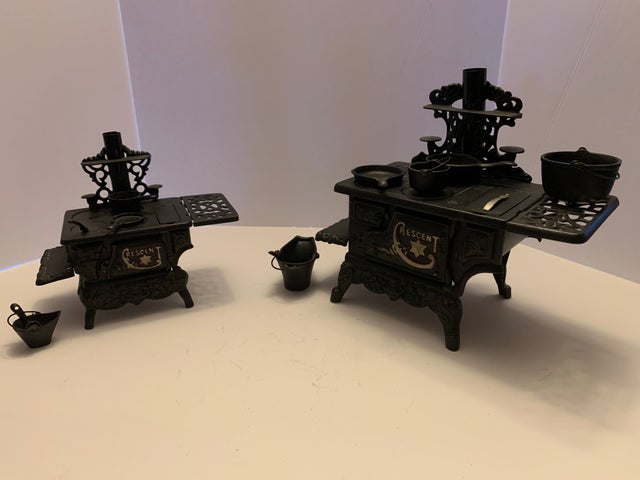 VINTAGE Crescent Cast Iron Stove Sets (2). Circa 1960.  Sets include, Large & Small Stoves each complete with accessories: pots pans, coal buckets, stove utensils etc (see pics for details of all accessories).  In the past, similar items would have been used by salesmen as samples for door to door sales. In the 1840s, the American foundries began producing cast-iron toy stoves. In the 1950s, the Grey Iron Casting Company of Mount Joy, Pennsylvania, used the original foundry patterns for its Crescent and Queen Toy Stoves to create large quantities of reproduction cast-iron toy stoves. The stoves advertised here were originally purchased by a couple for two their two daughters around 1960.  The daughters never played with either set so they are in “like new” mint condition.

Shipping & Handling: Not Included in Price